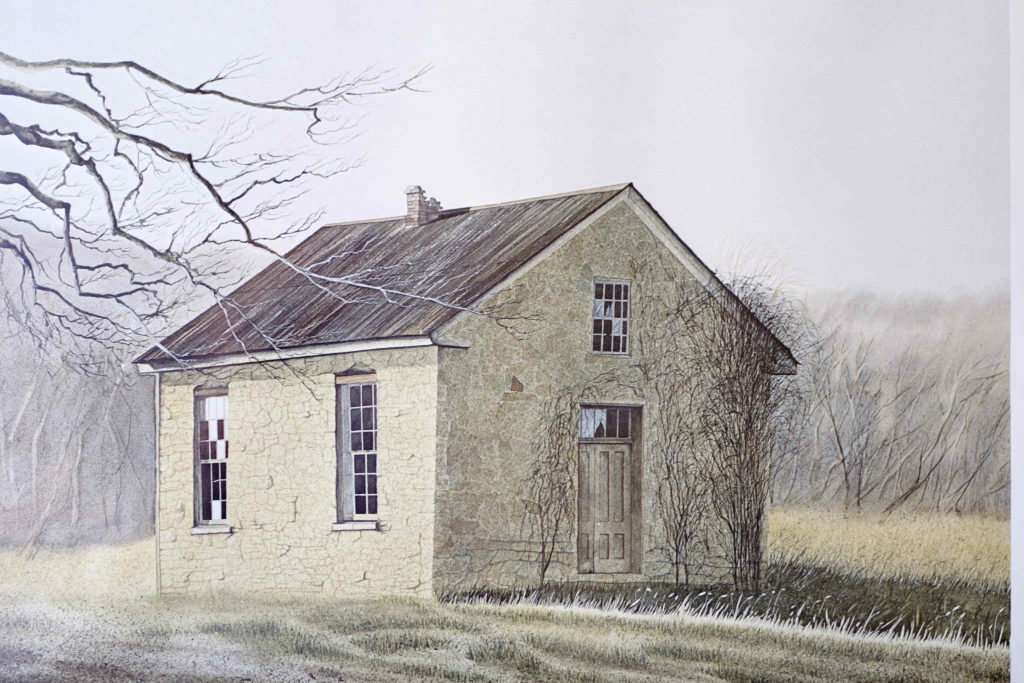 In 1858, as Stephen A. Douglas was running for reelection as a United States senator from Illinois against a gangly country lawyer, a group of Southern Methodist preachers were holding a camp meeting near a spring at a place called Camp Hollow in western St. Louis County, Missouri.

Camp meetings were weekend gatherings of people for religious purposes in rural areas, but the social, economical and political benefits also were great.  It was at this particular 1858 camp meeting that Bethel United Methodist Church credits with its start.  A year later, a stone church called Rock Bethel in at least one early history book was dedicated on Wild Horse Creek Road.  Camp Hollow is located near the junction of Hardt and Wild Horse Creek Roads.

Bethel, which means “House of God” in Hebrew, survived the bitterness of the Civil War, although membership was untrusting between the Unionist Germans of the region and the members and especially the preachers of the then-Southern Methodist Church.

The pastors covered circuits, which changed from time to time, but the church survived.  After the Civil War, the church was moved from the rock church into a log building in Gaehle’s Grove, at the junction of Wild Horse Creek and Hardt Roads.  There are two traditional stories told to give the reason for this move:  one that the church had outgrown the rock building; and a second that the church never held and could not get ownership of the land on which it was built.

Bethel had 29 members in 1873, so there is some doubt the first tradition is correct.  The log church supposedly was built for the Sunday School and a temporary place for preaching until a better church could be built.  It never was formally dedicated.

By 1872, the membership announced it was looking for a suitable site for a new building.  Dr. William F. Leftwich, Presiding Elder (an earlier term for district superintendent) appointed a building committee and the effort began.  In March, 1873, the St. Louis Marble Company donated two acres on Manchester Road, which was accepted.  Additional land was purchased from that company for a cemetery.

By mid-May, 1873, the solicitation of funds to build a church to be used by the Methodist Episcopal Church, South, and the congregation of Bethel were made.  By April 27, 1874, a contractor named Mr. Turner of Carondelet presented a list of specifications and a price of $2,500 to the church’s building committee.  Extras were added and the final price for the church was $5,342.30, which church historians believe may have included furnishings (but no one is sure).

The new church was dedicated in April, 1875. People came, some by horse-drawn buggies and wagons, others on foot.  The congregation was never large, especially by modern West St. Louis County standards.  However, the warmth of Christian friendship and commitment kept Bethel what it was meant to be:  “God’s House.”

By 1918, as people celebrated the end of World War I-“the war to end wars”-revivals were playing an important role at Bethel as well as at other churches.  Revivals were the local entertainment because there was no formal entertainment and folks certainly did not have television sets at home.

Church leaders would make the rounds of the congregation, usually by horse and buggy, to collect the money for the pastor’s salary.

During these years, the first women’s organization was founded-the Ladies Helping Hand Society.  The women made quilts to sell and did many other things to raise funds to keep the church operating.

By 1924, the kerosene lamps were replaced with electric lights, the church had a new roof and “the Aid” (the Ladies Aid) embarked upon one of the lasting traditions of Bethel Church-the Chicken Supper.  The first was a cold supper, with each of the ladies preparing a large picnic basket and bringing it to church.  By the second year, a Manchester tinner had made a vat for deep frying and Bethel’s Chicken Dinner had become an annual event that reaches far across the community.  A good meal was and continues to be sold to raise money for Bethel’s annual United Methodist Conference contribution.

The next 25 years brought a depression, unemployment, World War II and the Cold War.  On April 30, 1950, Bethel Church celebrated its Diamond Jubilee, which was attended by 250 people according to a newspaper article of the day.

Growth had been considerable, from 48 members in 1925 to 190 by 1950.  And by 1960, the membership had grown to 311.  The early ’60s also saw the construction of a brick extension on the east side of the now-familiar white frame church to provide space for a church school and fellowship hall.  In 1968, the stained glass window over the altar in the sanctuary was donated.  This window depicts the Cross and the Star of David, symbolizing the Old and New Covenants that God made with his people.

In 1952, the south wall of the sanctuary was removed and an addition attached to the structure.  The addition now holds the altar, choir and organ.

The United Methodist Men of Bethel organized and met for the first time on May 25, 1954.  The men have provided the labor on the church buildings, have been involved in missionary projects and have created a couple of major Bethel traditions-the annual wild game dinner which started in 1975 and the annual Men’s Club Pancake and Sausage Supper held in February.  Both reach far beyond the membership of the church to the community.

With the westward population movement filling many of the far corners of St. Louis County and beyond, Bethel’s membership continues to grow.  Current membership is nearly 250 families.  Still, the early rural beginnings and attitudes of Bethel United Methodist Church carry forward in many ways.  Visitors and new members constantly comment about the warmth and friendliness, the genuine reflection of God’s Love, which is so much a part of its congregation.

The brief history above is a synopsis of a much longer history of Bethel United Methodist Church written by several longtime members.  It is by no means to be considered a definitive or accurate work, merely a short statement of what Bethel is.

Bethel Through the Years